In 2019, the inaugural #DoingItForJarrod campaign was launched in honour of our dear friend and ambassador, Jarrod Lyle, who sadly passed away in August 2018.

Throughout his professional golfing career, which saw him play events on golf tours around the world, Jarrod was an ambassador for Challenge and #DoingItForJarrod is a continuation of Jarrod’s legacy, helping Challenge provide practical support to children and families during their cancer journey.

To honour Jarrod, Challenge, the PGA of Australia and Golf Australia united to create an annual fundraising campaign that could be enjoyed by the entire golf community. To date, golf clubs right around Australia, and thousands of amateur and social golfers have enjoyed making a difference and keeping Jarrod's legacy alive.
The funds that have been raised all go towards Jarrod's Gift – the legacy created by Challenge in honour of Jarrod.

Jarrod Lyle was an Australian professional golfer. He won twice on the 2008 Nationwide Tour. He played a number of seasons on the PGA Tour; his best finish being tied for 4th place in the 2012 Northern Trust Open. Soon after this performance, Jarrod was diagnosed with a recurrence of leukemia, with which he was diagnosed as a teenager. Subsequent treatment limited his playing time and in July 2018, Jarrod decided to stop treatment. Jarrod died on 8 August 2018 at the age of 36.

"When a young man dies at the age of just 36, you might lament that we had hardly gotten to know him. But Jarrod Lyle was universally adored because, even to complete strangers, he seemed like a good friend.

We knew Jarrod as the young man who had dealt with three bouts of acute myeloid leukaemia with incredible heart, openness and even generosity. We knew him as a tremendously gifted golfer whose best was competitive with the game's finest.

But the description that fits most comfortably is the one you can never feign or self-adopt; one that will have come to the mind of Jarrod's many friends across all walks of life upon hearing the news of his death.

Jarrod was quite simply a good bloke." 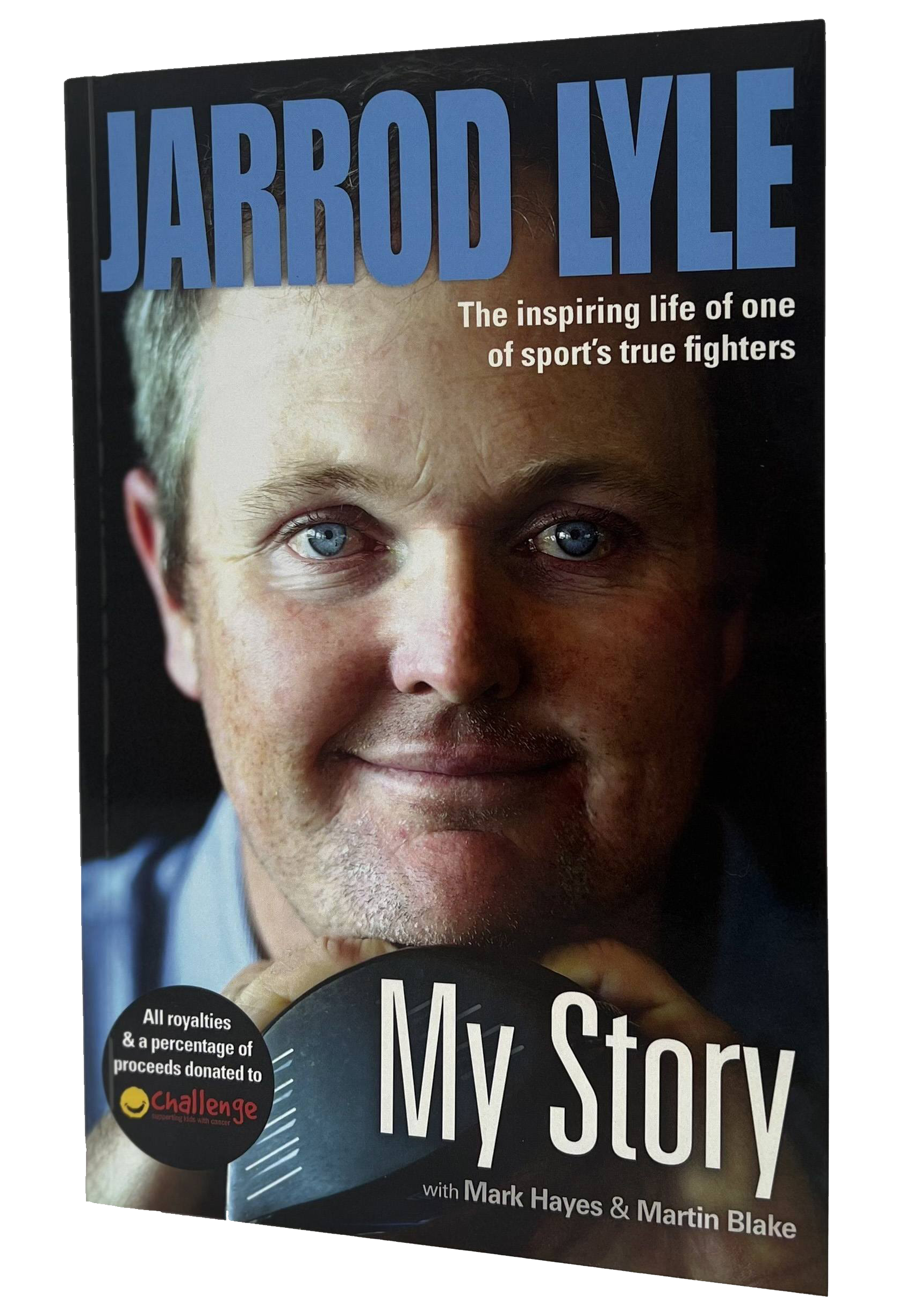 Jarrod Lyle was a professional golfer, but this is not only a golf book.

It is the tale of a fighter. A husband and father of two children who survived two bouts of a life-threatening illness before finally succumbing to it in his third battle with the disease.

From his upbringing in the Victorian provincial city of Shepparton through to the highs of his professional golfing career and on to his final days, My Story is his tribute to the people and organisations who supported him. It’s a story of courage and inspiration.

Follow us on social media for the latest news!